Take Back Your Dreams! by Linda Kozar 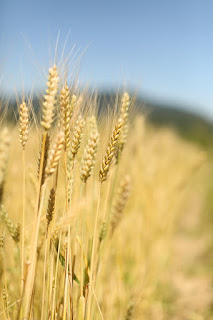 In Genesis 37:6, Joseph had a prophetic dream, of twelve sheaves of wheat in the field representing Joseph and his brothers. In this dream, the other sheaves bowed down to Joseph.  His eleven brothers were not amused. In fact, they were going to kill him, until they came up with a better idea.

The dream ultimately came to pass. But not before a Joseph suffered many years of pain, rejection and hardship. He was sold into slavery by his own brothers and later, falsely accused of a crime by the wife of an Egyptian official name Potipher, and sent to prison. Yet instead of giving in to despair, Joseph remained a man of faith and trustworthy allegiance, both to God and to those appointed over him. Joseph demonstrated a strong work ethic, and always went above and beyond what he was required or expected to do. Both Potipher and Pharoah recognized the integrity and excellence in Joseph, and promoted him to rule a household and a kingdom.

Tell me what God has promised you and I will remind you that God cannot fail to keep His Word. His promises are certain and true, and will come to pass. When God says a thing, heaven and earth bow to His command!

Our worldly dreams are too small to contain His promises and blessings. His salvation is bigger. His healing is bigger. His protection is bigger. His deliverance is bigger. YOU are your own worst enemy to fulfilling your Godly destiny. Faith and Doubt work against each other--like trying to drive forward with one foot on the accelerator and the other on the brake.

But it's not enough just to move forward. Moving forward in the wrong direction will get you nowhere fast. One day I was driving home with my two young children, and into a terrible storm. The  black and ominous clouds on the highway ahead were terrifying! I knew that we were headed into a dangerous situation, but all I could think about was getting home, and home was in that direction. So I prayed that God would protect us. And He did! We made it home just as the hail started pinging off the ground. And the tornado, spawned from that cauldron of clouds, struck south of where we lived, though thankfully no lives were lost. 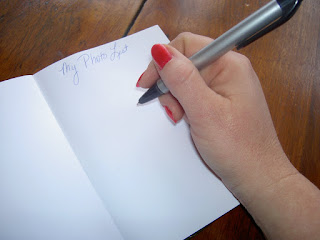 Joseph didn’t dream about the hardships, only the end result. God appoints our paths, but He doesn’t tell us what is going to happen along the way. And that is a good thing, because most of us would run in the other direction! We expect our dreams to come to pass the way we envision them being fulfilled. AND in a timely manner too. Which is how most of us miss God.

God's delays are not His denials.

Your assignment this year is write down every answer to prayer you've received from God...as far back as you can remember... and then continue forward writing down every answered prayer for the rest of your life. And whenever you feel like God has forgotten you, or passed you by, or ignored your tears, I want you to pull out that journal and read out loud all that God has done for you and on your behalf. Are you a Babe With A Beatitude?

Babes With A Beatitude--Devotions For Smart, Savvy Women of Faith 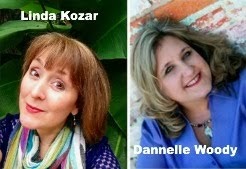 Available online and in bookstores

Wanna Be A Babe With A Beatitude? Join Us!

Shutterfly offers exclusive layouts and designs so you can make your book just the way you want.

Our Book of Devotions 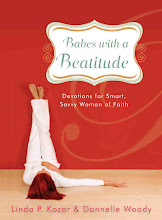 Babes With A Beatitude--Devotions For Smart, Savvy Women of Faith (Howard/Simon & Schuster 2009)

What Women Are Saying About Babes With A Beatitude--

“So many women are going through so much. But the Spirit of God lifts up a standard against the enemy (the devil). One can put a thousand and two will put ten thousand to flight. May prayer warriors join you and surround your faith with believing prayers for healing, which is the children's bread. With His stripes, we are healed.”--Janice Freel